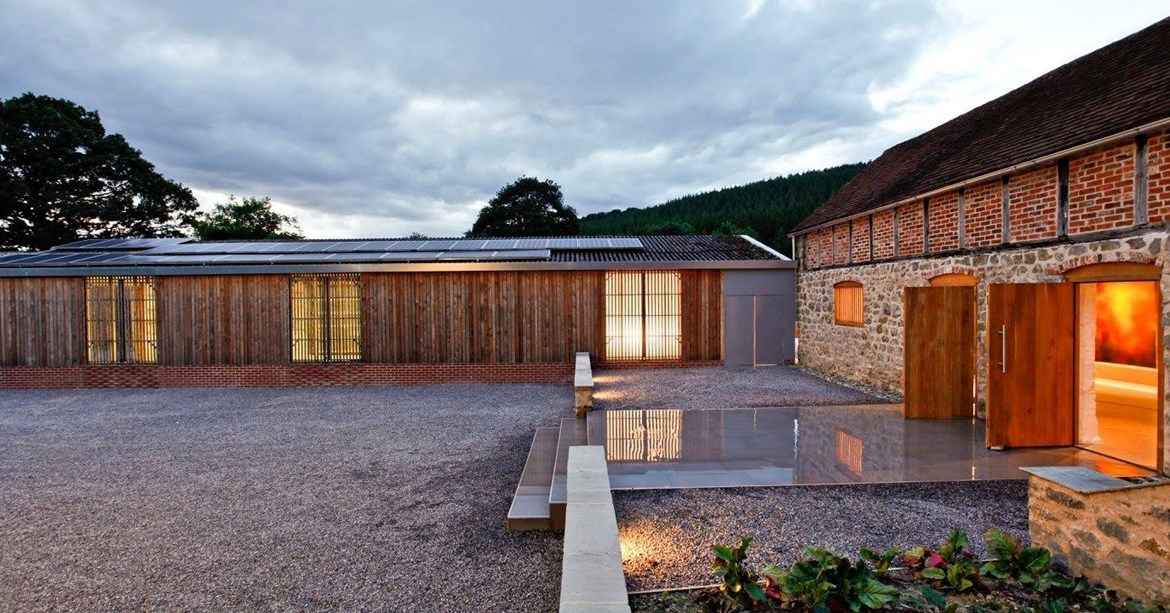 Canwood Gallery is a non-for-profit gallery set up with the goal of exhibiting thought provoking art within the beautiful and inspiring countryside of Herefordshire. Our profits will be donated to Bart’s Charity

In 1970’s the gallery owner, then a farmer, became critically ill with leukemia, and was sent down to Bart’s hospital in London, to take part in a medical trial as a last ditch attempt to try and save his life. In between some pretty severe treatments, including radiation and mustard gas amongst many others, he decided to venture out and took a black cab to the Tate, the driver refused to take any fee. Upon walking into the Tate the first thing he saw and found great inspiration in was the controversial Carl Andre’s bricks. It was the first of many visits. Whether it was the inspiration from art or the treatment, or both, he was the only person in his batch of 12 to survive to this day.

It has always been his desire to give something back and to build a gallery in Herefordshire where people could experience interesting art for free.

What makes this project even more phenomenal and unknown at the time of commission, is the architect also had leukemia and was treated by Bart’s hospital under the very same doctor.

If you would like to donate to Barts Charity please see our just giving page www.justgiving.com/fundraising/Canwood-Gallery

Canwood Gallery is a green gallery providing it’s own electricity via solar panels and it is heated via a ground source heat pump.

Why not start your own fundraiser? It's so easy to get involved...

You are about to remove the message and all replies. Do you want to proceed?